Just a Girl Who Used to be Fat

I have had several people ask me what I do food wise as far as losing weight goes.
Most recently, Katie, asked me if I would post about how I began my “healthy eating”, so I thought I’d run it down for those curious.

Six weeks after I had my first son in 2009, I had gone back to the doctor for my postpartum checkup and had noticed I hadn’t lost a single pound. I was still at 198 lbs.
I was breastfeeding and really just thought it would “fall off”.
WRONG!

So that is when I made up my mind that I HAD to do something.
So many of us (me included) have tried to lose weight so many times and failed for one reason or another… 99% of the time it’s lack of motivation.
I’ve been asked how I stayed motivated.
It’s hard to explain, but when I set my mind on REALLY losing the weight, it wasn’t hard anymore.
I wasn’t resentful, or angry that I had to do it. I just sucked it up and knew it had to be done.
I am a firm believer that it really just has to “click” for you.
You have to finally just say, “okay, screw it, I am doing this and NOTHING is going to stop me”.
And that’s what I did.

Once I made up my mind, I started out ONLY changing my eating habits.
I had done Weight Watchers in the past and knew it worked, so I started counting POINTS again.
I LIVED on Smart Ones for months. I had one every day for lunch at work.
I also scoured HungryGirl for recipes since she has WW points already calculated for you.
It wasn’t hard, really. Once I had decided I was 100% committed to losing weight, I just went for it and did it.
I completely stayed away from fast food (my vice) for the first 3 months of my journey. I couldn’t trust myself there, so I just did what I had to until I retrained myself how to eat.
I drank a TON of water, I’m talking nearly a gallon a day.
I just did what I knew I had to.

We all know what’s healthy and what we should and shouldn’t eat, it’s just a matter of committing and DOING it.
One healthy meal at a time. One healthy decision at a time.
Eventually that will lead to another, and another, until it becomes second nature.

What really kept me motivated was seeing the scale go down.
Every time I’d get on the scale and I’d lost a pound or two, I got this crazy high and felt like I could do anything. It was a snowball effect and before I knew it, I had lost over 50 lbs. and dropped nearly 6 sizes.

I was also motivated by people’s negative comments.
I had heard a few of the things some people were saying about me and it really just made me push harder and want to show them I could do it.
My clothes not fitting was a huge motivator for me.

I had nothing to wear, as all of my pre-pregnancy 14’s were too small, so I poured myself into my maternity jeans…. talk about determination.
I was determined to get back into my old sizes, and even more determined to get into my “skinny jeans” pile that had been shoved in the back of my closet for years.
Another HUGE motivator for me was YOU GUYS! I blogged about my weight, struggles, and successes and you were there to push and encourage me! I can’t thank you enough for that. It means more than you will ever know.

It wasn’t until I put it all out there in my ‘My Soul is Bared’ post that I was really held accountable to myself and all of you! I had to start by being 100% honest with myself before I could move forward.

Blogging was a great way for me to be accountable, and I totally recommend it. 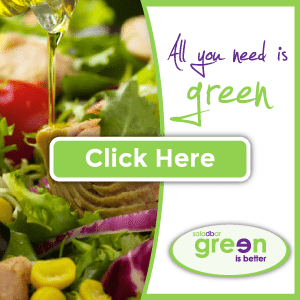 Thank you for subscribing.

we respect your privacy and take protecting it seriously

Why Buy a Soup Maker

CBD: What parents need to Know

HOW TO GET HELP WITH UTILITY BILLS

Where To Locate Credible Sources For Your Research Paper

How does stress affect your health?

What are Damascus Kitchen Knives?

Some Strategies To Dramatically Improve The Achievements Of Students